This is more of a basic theory section to understand how EKS works.

You pay normally for all the other resources related to running your apps:

Check online for if pricing ever changes.

The control plane sets up the cluster to be highly available (in 3 availability zones).

Each AZ will have a master node and etcd that is AWS managed. The workers nodes are what we supply.

Our local kubectl will talk directly to EKS. 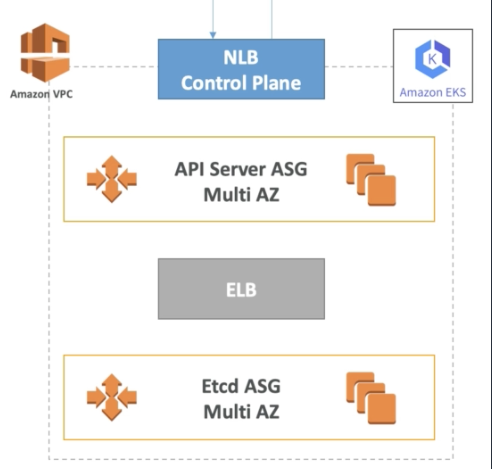 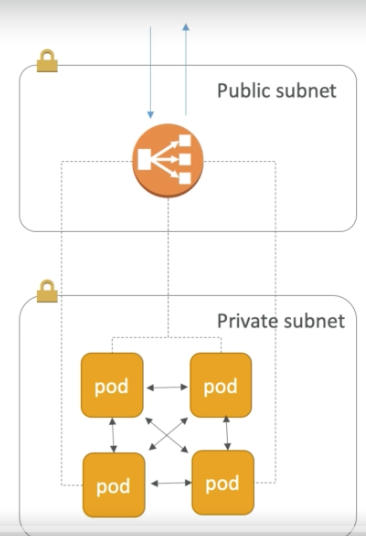 You have 2 security groups: Control Plane and Worker Nodes. 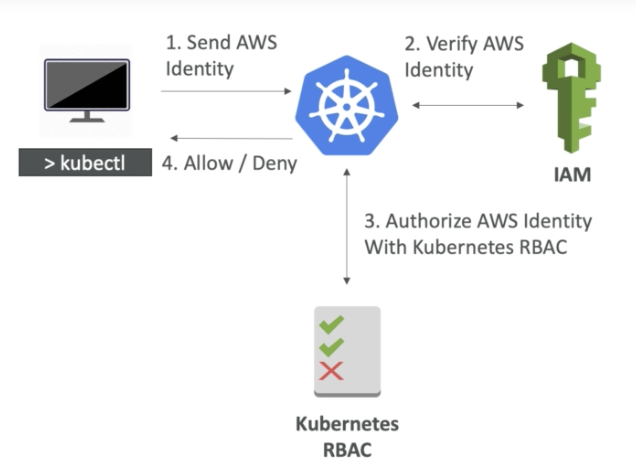 You can write your own rules in the ConfigMap.

Through the service of type LoadBalancer, EKS will create a: